The AGH University of Science and Technology (the AGH UST) is a modern university that actively participates in fostering a knowledge-based society and creating innovative technologies. Our university has a well-established position in the country and is recognised abroad. Experienced staff, advanced laboratories, a unique campus, and, above all, the bonds that connect the AGH UST community are our greatest assets. 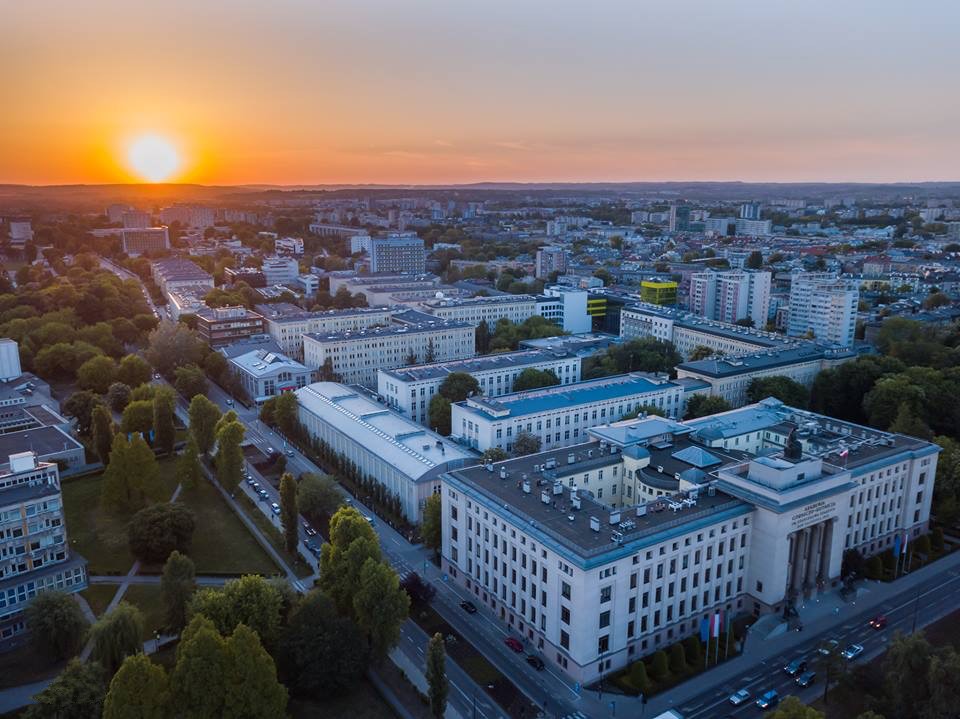 The conference will take place at the Faculty of Materials Science and Ceramics of AGH UST.

Krakow is the second-largest and one of the oldest cities in Poland. Situated on the Vistula River,  the city dates back to the seventh century. Kraków was the official capital of Poland until 1596 and has traditionally been one of the leading centres of Polish academic, economic, cultural and artistic life

Old Town with Wawel Royal Castle was declared a UNESCO World Heritage Site in 1978, one of the first 12 sites granted the status.  The city has grown from a Stone Age settlement to Poland’s second-most-important city.

With the establishment of new universities and cultural venues at the emergence of the Second Polish Republic in 1918 and throughout the 20th century, Kraków reaffirmed its role as a major national academic and artistic centre.

Thanks to its location Kraków is perfectly connected with big cities in Poland, Europe, and worldwide.

Krakow Airport is served by major European airlines and has frequent direct flights from and to major European hubs (at least 3 flights a day) such as Amsterdam, Frankfurt, Munich, as well as Warsaw (at least 5 flights a day) and  several direct flights to other cities. Krakow Airport  is situated conveniently on the outskirts of Krakow, 15 km west of the city center, by the A4 expressway to Silesia province. One can easily get from Krakow Airport to the conference venue by a shuttle train, a taxi, or public bus lines. Taking a taxi from the airport is the fastest (approx. 20 min) and most comfortable way of getting to the conference venue. Public bus line 208 (direction Dworzec Główny Wschód) will also get you directly to the Novotel Krakow City West (in 30+ min, get off on Przybyszewskiego stop), but since line 208 runs once per hour and serves local passengers on its route, buses are full at times.

Many people arrive to Kraków and leave it by car or coach thanks to the city’s abundant road connections. Kraków lies at one of key European crossroads, on route from the West via Germany to the East via Ukraine and from Scandinavia to the Mediterranean via Austria. The best way to plan your route is to use a map.

By train or by coach:

Kraków’s main railway station Kraków Główny is situated most conveniently in the very city center, close to the Old Town historic district. Every day express trains arrive from Vienna, Prague, and Budapest. Express trains run also to all major cities in Poland. If you arrive to Warsaw first then you may want to take the fastest train service to Krakow where the nearly 300-km trip takes just under 2 h 30 min, no stops in between. The train connections to and from Kraków Główny station can be checked here. Krakow’s main bus station is located next to the main railway station. There are many regular coach lines between Kraków and Western Europe as well as Central Europe with Flixbus running a large network and RegioJet also present. If you arrive to Krakow by train/coach the most comfortable way to get to the conference venue is to take a taxi. Rather than taking a taxi from a stand next to the station call for one. Alternatively you may use public transport. When you get of a platform walk west through a tunnel underneath the railway station, through Galeria Krakowska shopping mall and exit on Pawia street. There turn right and go north (400 m) to Politechnika stop, take bus 501 (direction Chełmońskiego Pętla) or 208 (direction Krakow Airport) and get off on Przybyszewskiego stop.

Getting around in Kraków is pretty easy. There is no subway in Kraków, nonetheless that nearly a million city has a fairly dense public transport system which consists of tramways and bus lines that a municipal company operates. The timetable of bus and tram lines can be found here. To look for connections it is easier to use a dedicated interactive map or Google maps. Tickets can be purchased from ticket vending machines located at major stops and in almost all the busses and trams.